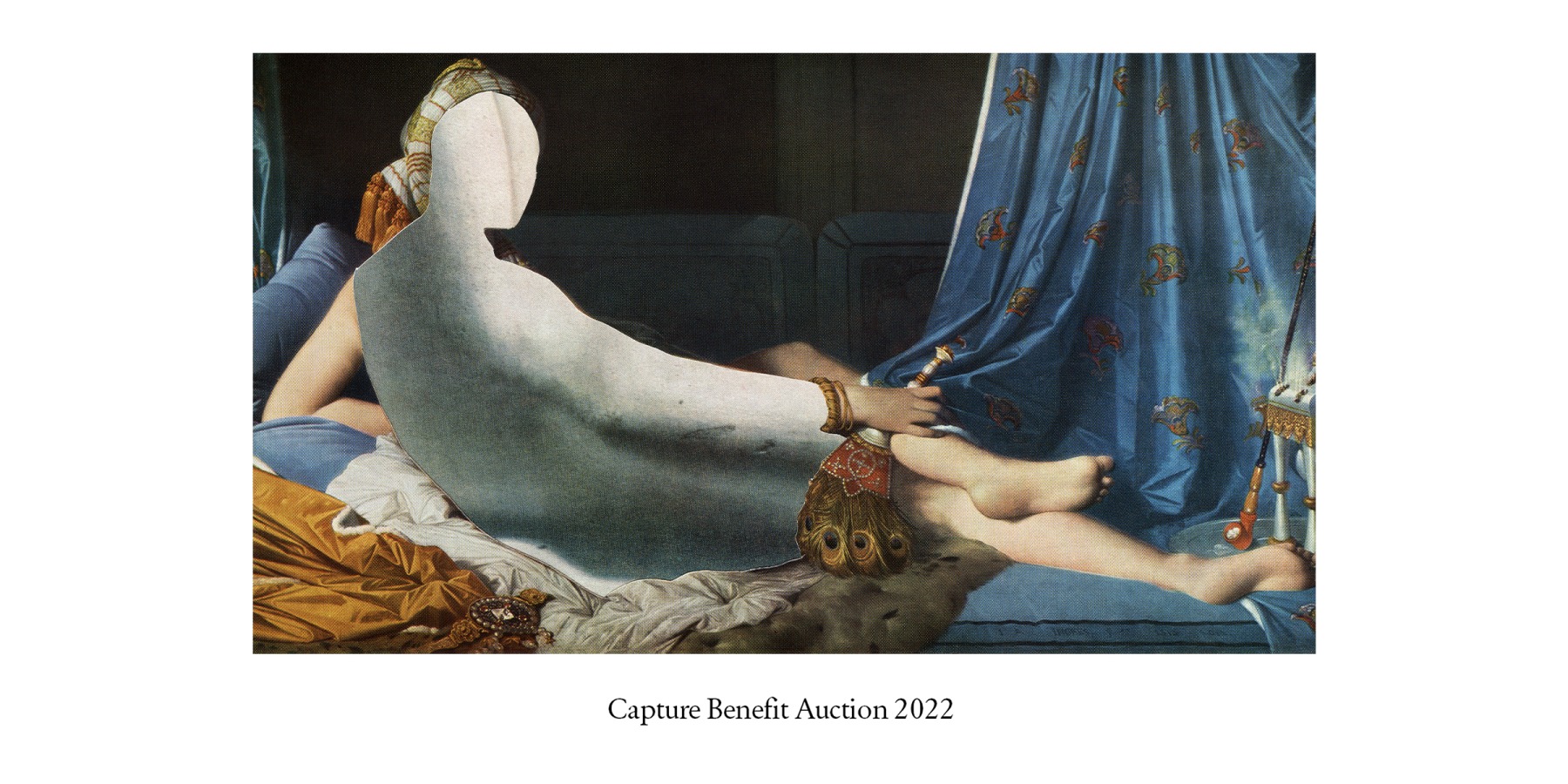 Courtesy of the Artist and Daniel Faria Gallery, Toronto

Elizabeth Zvonar’s collage works are composed of source materials drawn from art historical references, contemporary advertising, and popular culture. Her works question existing social and cultural systems through the use of humour and irony. Zvonar treats imagery as a metaphor, establishing a referential context that calls into question popular conceptions and historical canons to address cultural constructions of power. French Fantasy, a version of which was exhibited as a public art installation as part of Capture Photography Festival in 2020, combines two images. The face and torso of the figure in Jean-Auguste-Dominique Ingres’s La Grande Odalisque (1814) is removed and replaced with a detail from an image of a funerary statue of ancient Egyptian Prince Rahotep and Princess Nofret (c. 2600 BC). This arrangement obscures the identity of the woman in Ingres’s portrait, replacing it with the stylized arm of Nofret. In Zvonar’s image, both women are released from idealization and the viewer’s fantasy; their objectification becomes obfuscated.

Zvonar has exhibited in Canada and internationally at venues such as The Polygon Gallery, North Vancouver; Canada House, London; Daniel Faria Gallery, Toronto; and Soil Gallery, Seattle, amongst others. Zvonar has participated in residencies and received awards for her contributions to the local art community including the Emily Award from her alma mater Emily Carr University of Art and Design, the Mayor’s Award, and the Shadbolt Foundation’s VIVA Award. Zvonar lives and works in Vancouver.