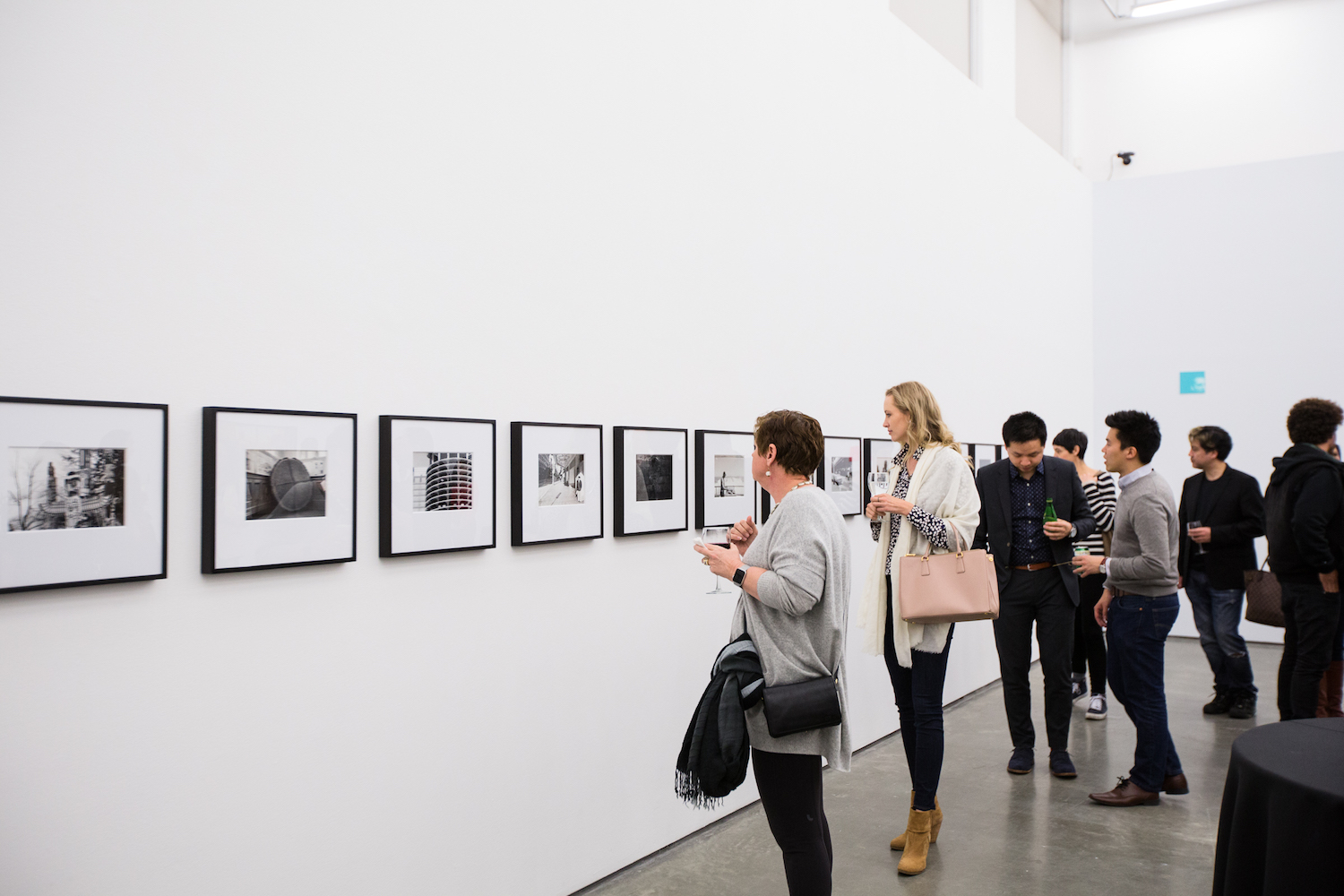 Capture 2017 came to a close on April 28. We’re pleased to announce that this year’s Festival was 150% the size of last year’s festival, including:

As Vancouver and photography evolve, so does Capture. You can expect more dynamic, envelope-pushing, and genre-defying photography and lens-based art for the 2018 Festival. In the meantime, let’s look at some highlights from this year…

Capture launched on April 1 in the midst of our Feature Exhibition, Song of the Open Road, at the Contemporary Art Gallery. The turnout was impressive. We estimate that over 400 people attended! Popcorn and wine were served as members of the public mingled with local and international artists and curators. 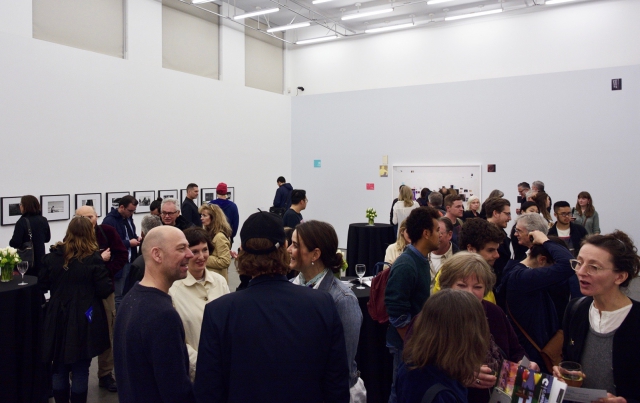 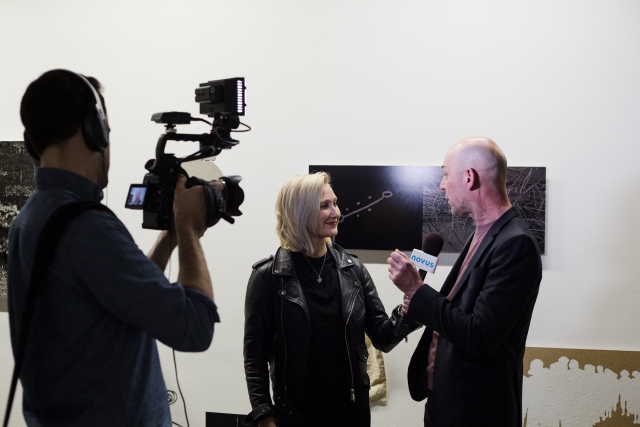 Each year Capture partners with a local gallery for our Feature Exhibition. This year we were honoured to work with the Contemporary Art Gallery on Song of the Open Road, an exhibition featuring ten local and international artists working within and pushing against the disciplinary boundaries of photography and lens-based art. From Kelly Jazvac‘s interstitial installation to the uncanny effect produced by Robert Arndt‘s use of trompe l’oeil, Song of the Open Road offers viewers a unique and unfamiliar view “through the lens.” 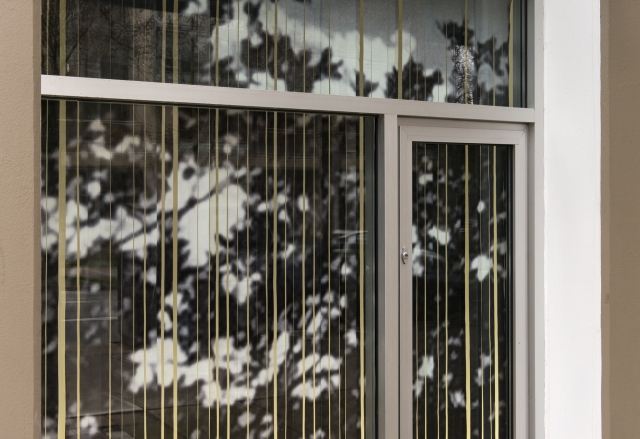 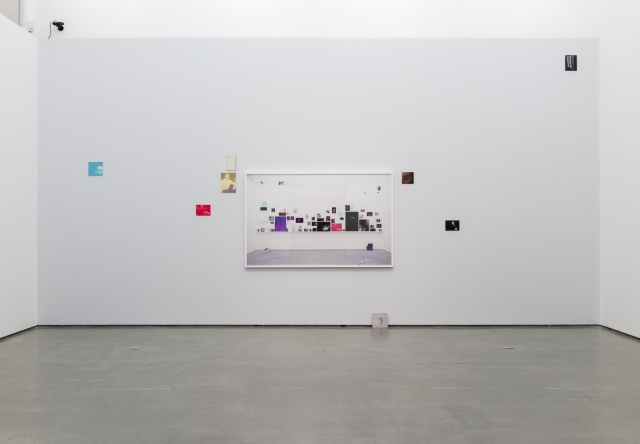 This year’s annual BC Hydro Dal Grauer Substation Project featured a newly commissioned work by Alex Morrison. Born in the United Kingdom and currently resident in Belgium, Morrison is nevertheless familiar to Vancouver, having grown up on Canada’s West Coast. In 2015 he had solo exhibitions at the Burnaby Art Gallery and SFU Galleries. Last year he participated in a group exhibition titled Trusses at the Nanaimo Art Gallery. In Brand New Era Social Club Morrison explores architecture’s role in reflecting and shaping ideologies, with an interest in how these ideologies fail and shift while the buildings embodying their beliefs live on. Brand New Era Social Club will remain installed until March 2018 so you have plenty of time to see it. 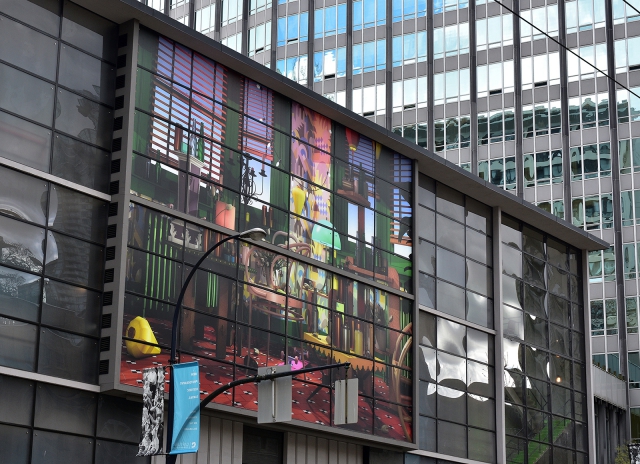 Public Art — Precession of the Feminine

Inspired by Nicéphore Niépce’s obsession with the fixation and reproduction of images and referring to the intrinsic links between ceramics and photography, British Mexican artist Alinka Echeverría fuses images of women from the archive of the museum with ceramic vases in three-dimensional simulations. Using the form of the vase as a metaphor for the feminine, the artist playfully wills us to see the code or technique of each photograph beyond the image itself. In this way, her work subtly reveals how colonial and male gazes are intrinsically linked to photographic history and have been carried forward through largely invisible codes and techniques. Precession of the Feminine remains installed at Stadium–Chinatown SkyTrain Station until March 2018. 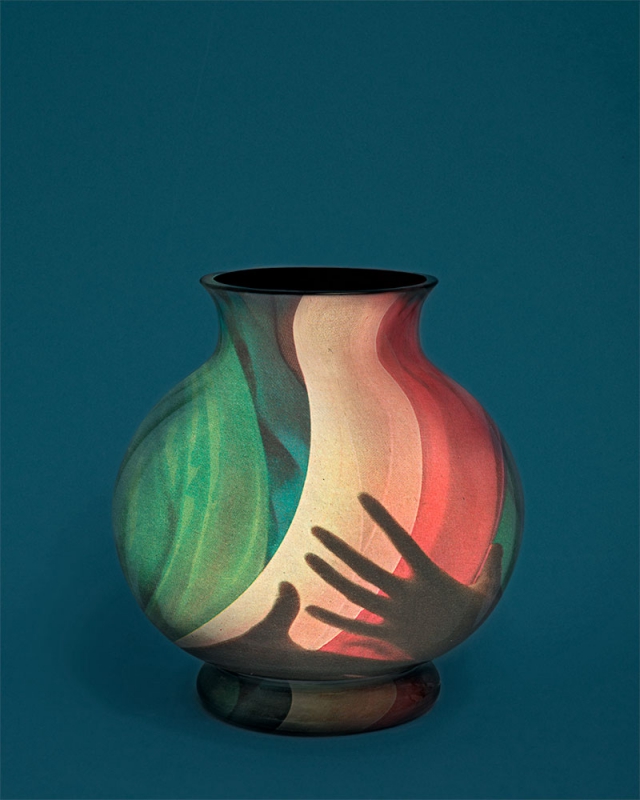 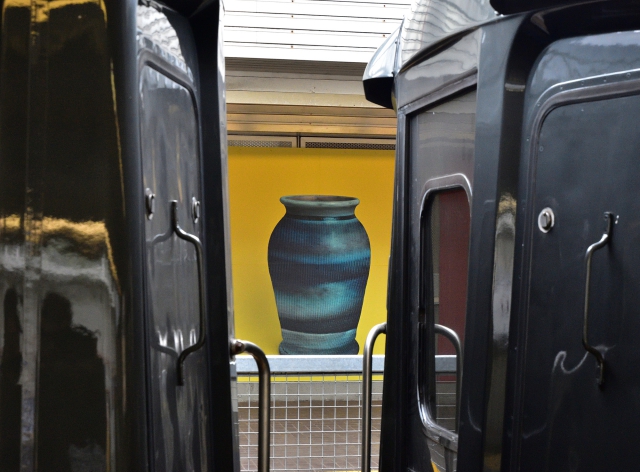 Public Art — Art in Your Neighbourhood

For the 2017 Festival we launched the Art in Your Neighbourhood public art project. This new project took the form of two roving exhibitions concentrated within the borders of two iconic Vancouver neighbourhoods: Karen Zalamea‘s Vitrine in South Granville and Joseph Staples‘ Falun Series in Gastown. These exhibitions were installed in the storefronts of local retail spaces, with each participating business showcasing a unique artwork. Residents, shoppers, and those who work in the neighbourhood were able to slowly piece together each exhibition during their daily errands and commutes. 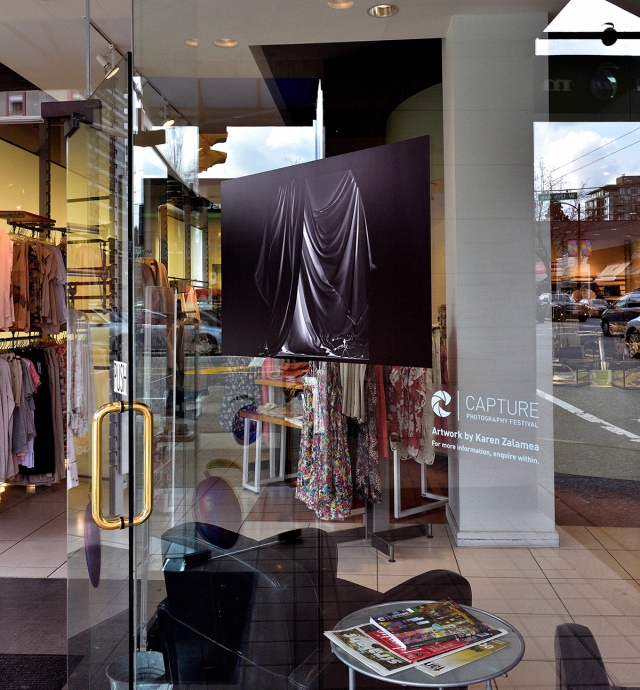 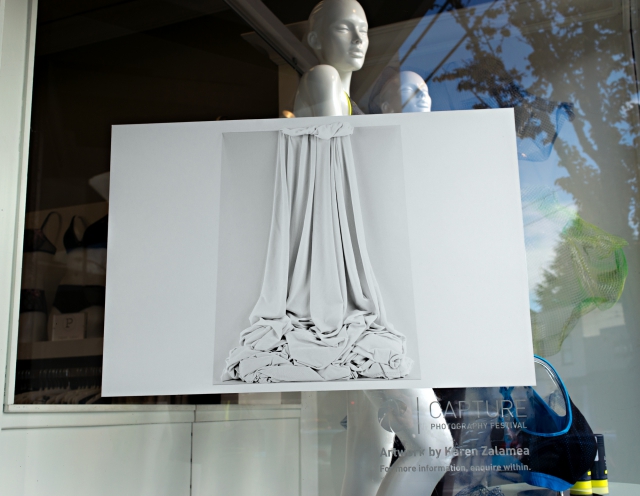 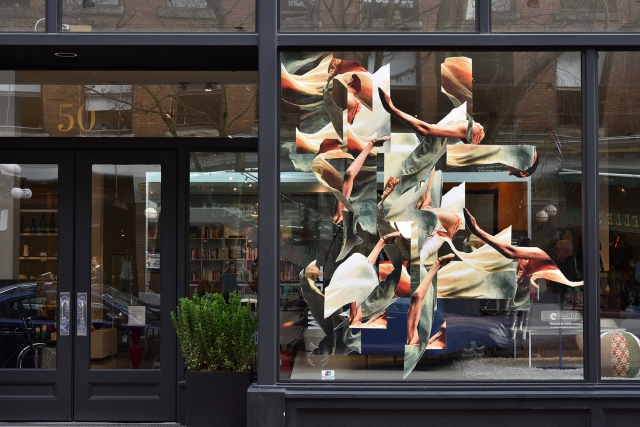 The Magenta Foundation announced the recipients of the 2017 Flash Forward Emerging Artist Project Grant and the Bright Spark Award at the opening of Ryan Walker‘s exhibition for Air Canada enRoute. Walker’s exhibition, Just Beyond the Trail: Finding the Florida Everglades, featured work produced with funding from the Magenta Foundation Emerging Photographer Project Grant. Walker travelled to the Florida Everglades, where he continued to explore his abiding interest in the interdependence of geographical and corporeal bodies: How does location shape subjectivity, and vice versa? How might documenting a place and its people simultaneously confirm clichés while throwing them into relief? 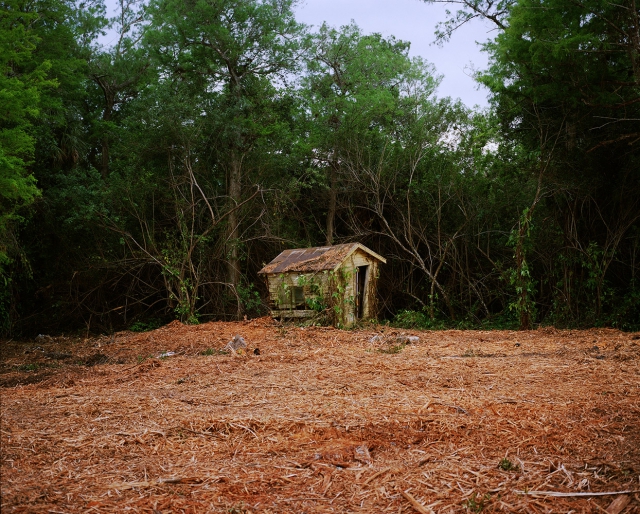 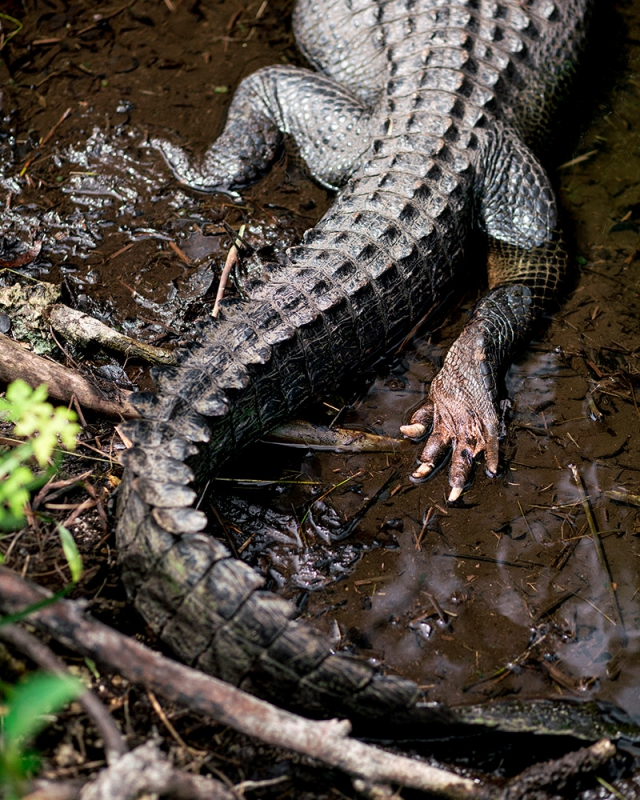 Each year Capture hosts a Speaker Series in partnership with Inform Interiors in Gastown. The Capture Speaker Series is free and open to the public, and includes traditional artist talks as well as thematic lectures by art historians, curators and other art experts. 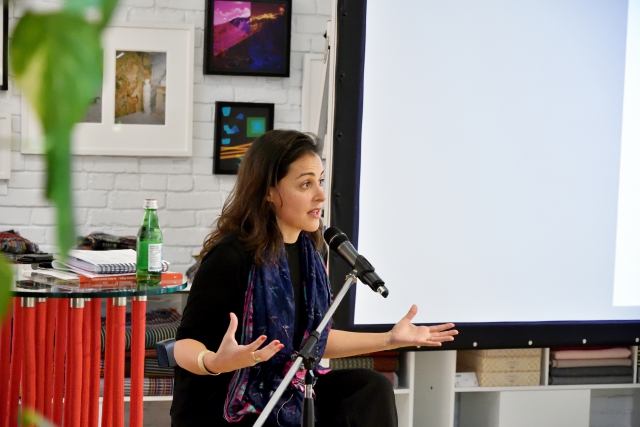 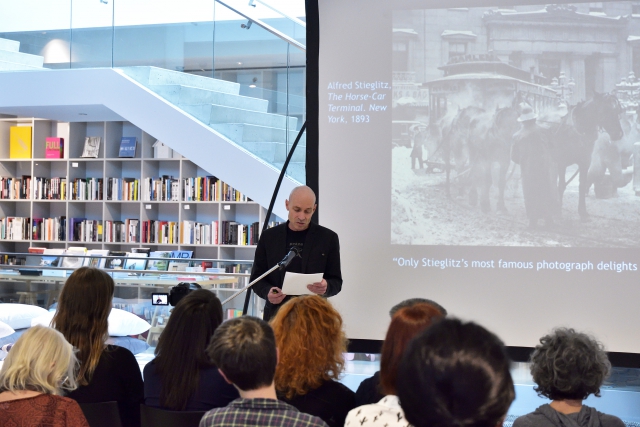 The inaugural Vancouver Photo Book Fair was Vancouver’s first art book fair dedicated to artists whose book-making practices incorporate or intersect with photography and lens-based art. This multi-day event was organized in partnership with the Vancouver Art Book Fair (VABF), the longest-running international art book fair in Canada. Booths featured publications by local and international artists, collectives, and publisher. In addition, talks, roundtables and performances were held at the James Black Gallery. 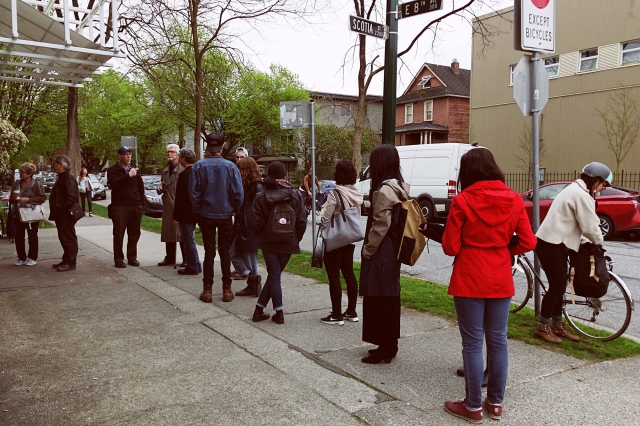 Line up for the Vancouver Photo Book Fair 2017 outside Western Front. Photo by Alistair Henning. 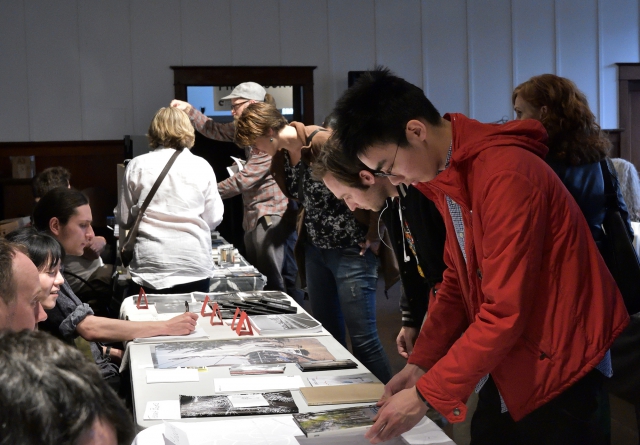 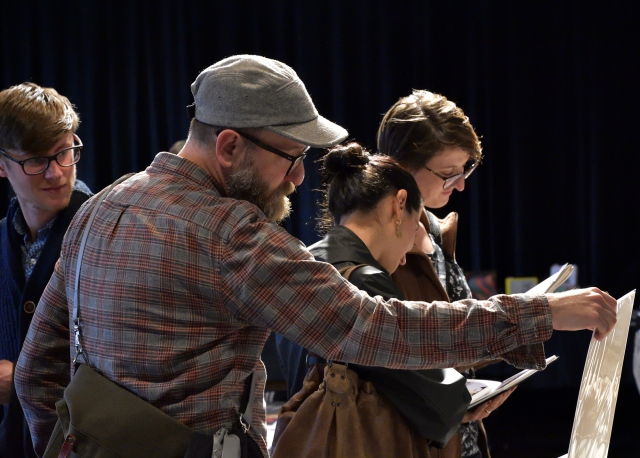 Visitors at the Vancouver Photo Book Fair 2017. Photos by roaming-the-planet. 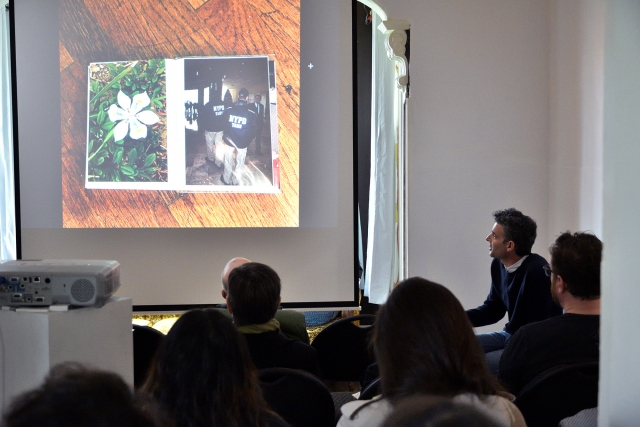 “When Is a Photobook Not a Photo Book” talk by Jeff Khonsary of New Documents at the James Black Gallery for the inaugural Vancouver Photo Book Fair 2017. Photo by roaming-the-planet. 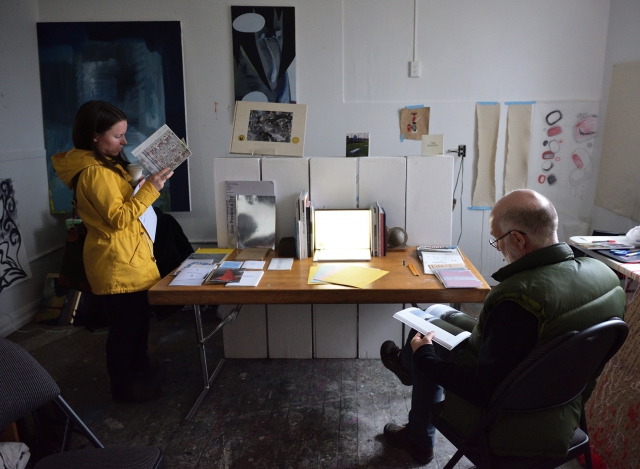 On April 28, officially the last day of the Capture Photography Festival, the winner of the Philip B. Lind Emerging Artist Prize was announced at Presentation House Gallery / Polygon Gallery. The Prize is made possible through a generous donation from Rogers Communications to honour Phil Lind’s commitment to the company over 40 years. Shortlisted students have their work exhibited as part of the Lind Prize exhibition, and the winner is awarded $5,000 toward the production of a new work to be displayed at the future Polygon Gallery. 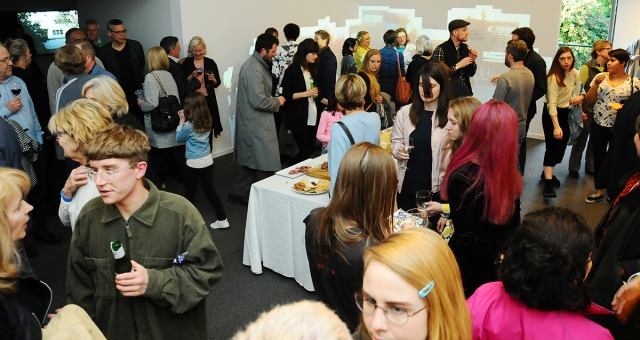 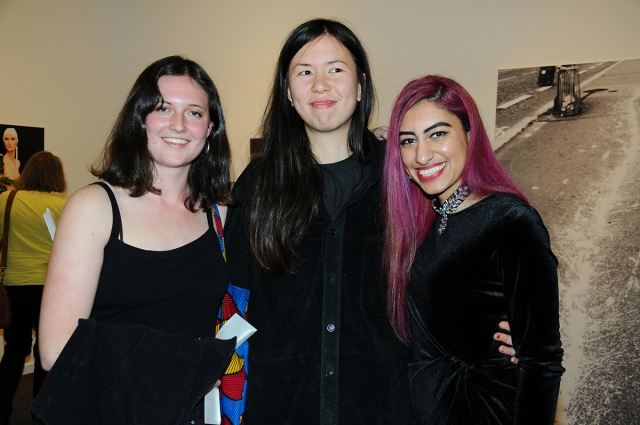 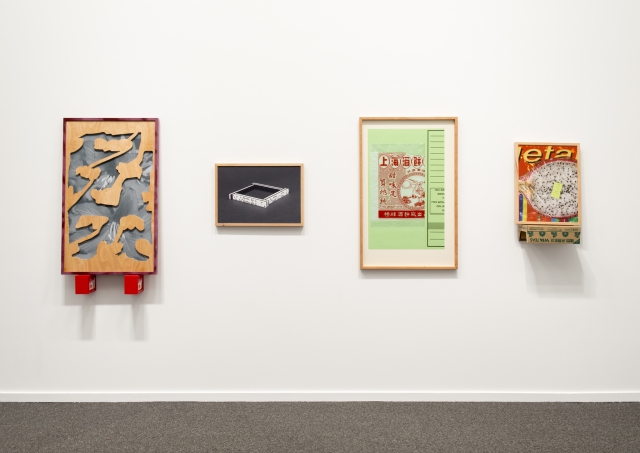