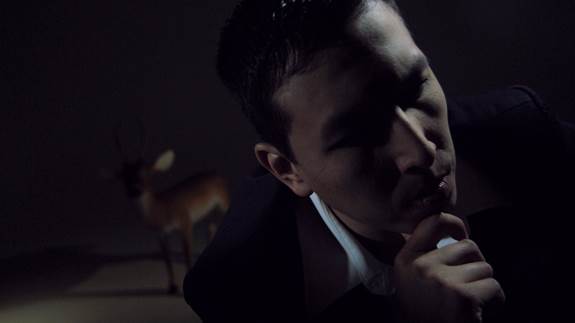 UBC AHVA Visual Art faculty member and visual artist Dana Claxton’s latest film “He Who Dreams” is set to screen on November 8th at SFU Woodwards Cinema (149 West Hastings). It will be screened with a selection of other films as part of  the Vancouver Indigenous Media Arts Festival 2013, with a book launch at 6pm and screenings beginning at 7pm (Claxton’s film beginning at roughly 8pm). Tickets at $10.

Here are the details:

An adaption based on an original work by Neil Eustache

Indigenous experimental film icon Dana Claxton takes us on a surreal journey into one man’s conflicted psyche in her absorbing new feature. With her use of symbolism and allegory she has created an experimental narrative of identity and the politics of being “Indian.” Rich in meaning and metaphor, her work addresses the trauma wrought by the imposition of Western values, customs, and systems upon the First Nations of North America and the resurgence of an Indigenous cultural presence.