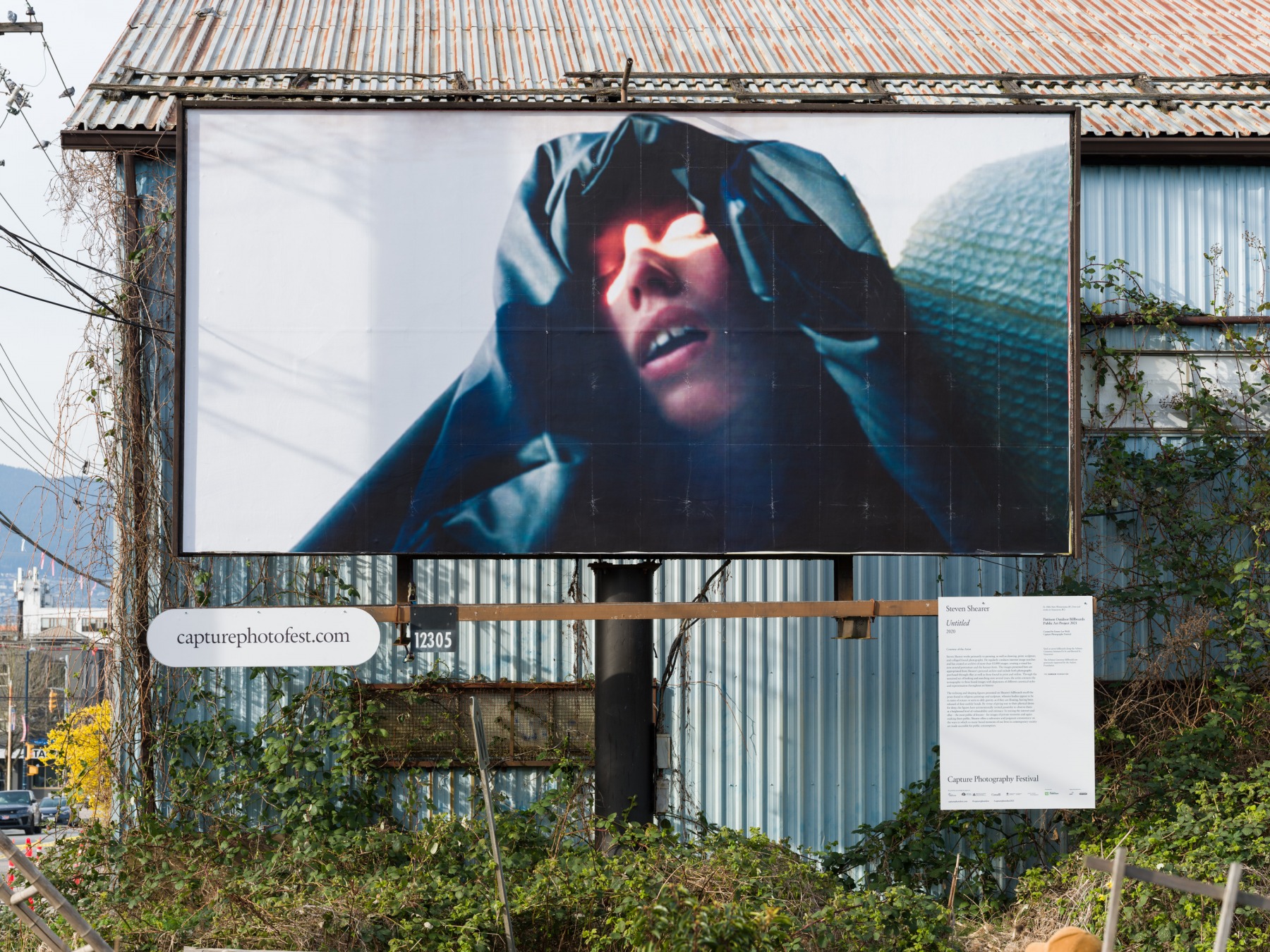 On April 1, 2021, seven billboards along the Arbutus Greenway displaying artwork by Vancouver-based artist Steven Shearer were covered up. This decision was made by Pattison Outdoor in response to public complaints. These billboards were installed two days prior on March 30, 2021, and were originally intended to be exhibited until May 21, 2021, as part of the 2021 Capture Photography Festival. In addition to concerns expressed regarding the suitability of these works as a public art installation, Capture also received significant positive feedback from our audiences about this rare opportunity to view Shearer’s work publicly in Vancouver.

Capture worked with Shearer over more than a year to realize this project which resulted in the presentation of seven found images of people sleeping chosen by the artist from his ongoing collection of photographs mined from the internet, eBay and various print media. Over the past twenty years Shearer’s art has drawn upon the language and history of portraiture and figuration. His collecting has resulted in an archive of more than 63,000 digital images and print clippings. The found images are sometimes used as reference material for his painting and drawing or find their way into collages and prints. From this library of pictures the artist selected images of sleeping figures some echoing the poses found in religious paintings and sculptures wherein the bodies appear to be in states of ecstasy or defying gravity, released from their earthly bonds.

In featuring images of people sleeping—typically a private and vulnerable act—in a public space, the works also offer a provocative and public commentary on the ways in which banal moments are often shared for public consumption. The intense public reaction is, in fact, a confirmation that these works functioned as was curatorially intended by sparking a dialogue about the thin line between public and private in contemporary society. Drawing attention to the proliferation of images circulating online, the origins of which are unknown, the installation also made highly visible the types of authorless, anonymous images to which we all now have access.

In order to make this project as accessible as possible, the billboards were accompanied by information panels directly below the images describing its sleeping subject. Information on this project was also made available on Capture’s website and in our catalogue, available both as hardcopies at participating venues, as well as online. These sources of information describing the project are available to the public free of charge to ensure the broadest possible audience engagement.

The removal of these images is disappointing. This is, however, an important opportunity to take pause and consider the role of public art in our city, how we can balance individual’s concerns with artistic freedom, the ways in which we might engage in meaningful, constructive dialogue around images that make us uncomfortable, and the methods by which we can make contemporary art more accessible to those who might not regularly engage with it. These are not issues with easy answers but witnessing the response to these billboards makes it apparent that they are ever more urgent.

The images were displayed on billboards owned by Pattison Outdoor with which Capture has worked since 2013. Pattison has been an incredible supporter of public art in the city. It is through their generosity that we have realized numerous thought-provoking installations along the Greenway as well as other locations throughout Metro Vancouver. Giving our community the opportunity to view critical, contemporary work in the public sphere is truly valuable and we are indebted to Pattison for their support.

This project was realized with generous support from the Audain Foundation and we are thankful to them both for the resources and the freedom to mount projects like this one.

We are also profoundly grateful to Shearer for his commitment to creating thought-provoking work which is evidenced by the reaction to his short-lived project.

Finally, Capture remains committed to exhibiting work that challenges and provokes. We fiercely believe that art’s capacity to incite pleasure and joy as well as questions and discomfort is what makes it a crucial vehicle through which to instigate complex, multi-faceted dialogues. The intense response sparked by these billboards is a testament to the enduring power of the photographic image and a reason why engaging in conversations about its place in contemporary society is so essential.