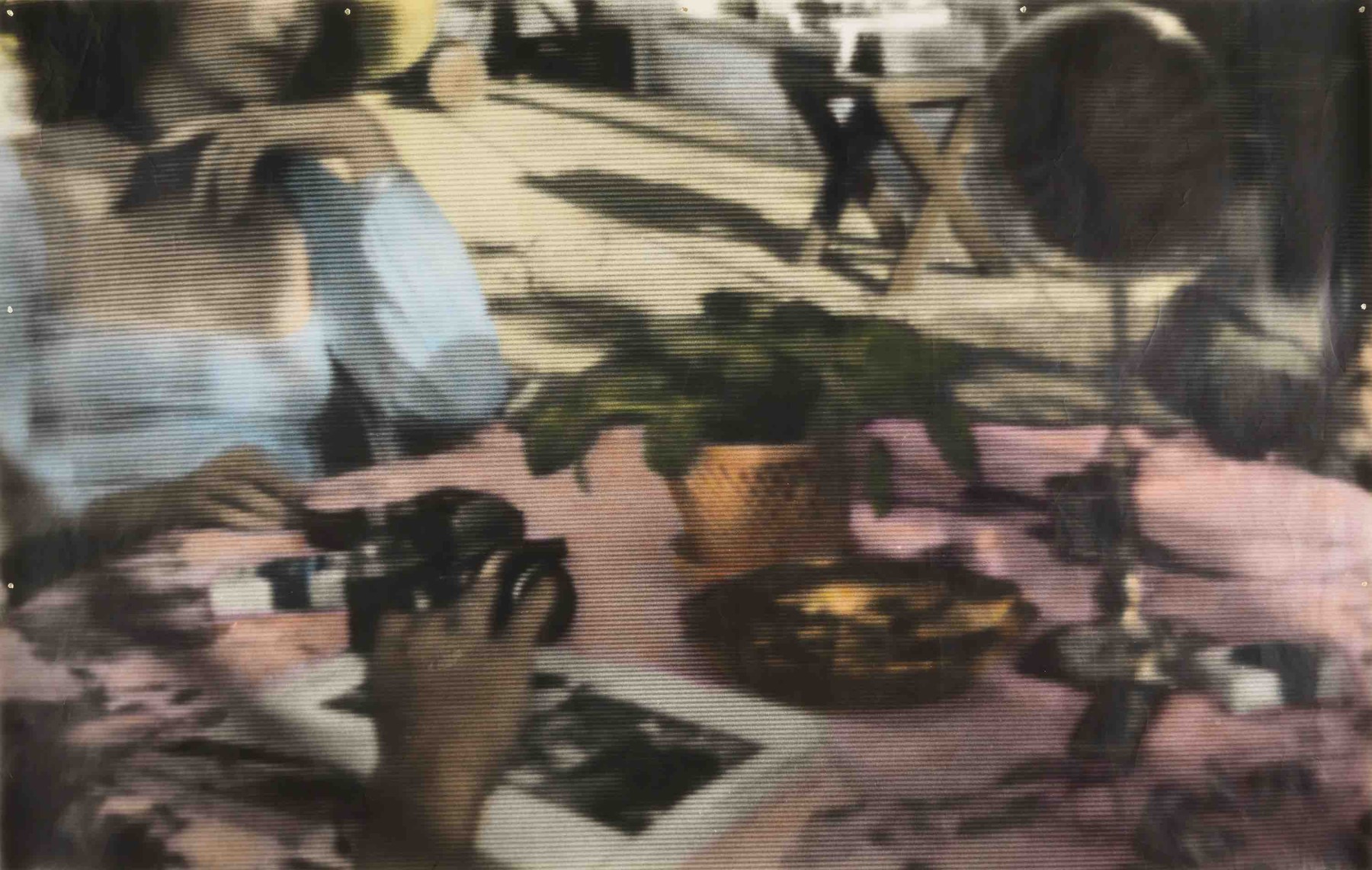 Jeff Wall
The picture you call Still from a Film in Progress was taken in the summer of 1973 in the back garden of my parents’ house on Cartier Street, the house I grew up in. So, it brings back personal memories for me. But, first, how did it come about that Andrew and Claudia acquired this particular panel of the three images that made up the original work?

Ian Wallace
I did a show for NOVA Gallery in 1978 of flash photo works; that was when Andrew and Claudia showed The Summer Script, the finished work that came out of that 1973 process, to Pierre Théberge when he was at the Canada Council Art Bank, and he bought half of it for $3,000. I was so happy to sell something that I think I gave them that panel as a thank you; it was an outtake from The Summer Script. A first set of photos were done at Rodney Graham’s mother’s house at the foot of Trafalgar Street. As I remember, these photos were printed and then I made a new script constructed from a combination of these first shots and some video. The image here was made during the second iteration, when, later that summer, we videoed the reconstructed script at Cartier Street – hence my title of The Summer Script. The image is a real mise en abyme, with images within images, showing the pictures of the script book from the first iteration.

JW
And we can see your then wife, Colleen, sitting languidly at the table, and Rodney’s sister Lindsay reflected in the mirror, as well as at least a third figure at the right, who I can’t identify.

IW
Remember how we were working on the theme of “marriage”? So we included our own partners and family, even though we weren’t necessarily trying to say anything specific about them. You and I were collaborating in those days, and I remember you being the driver of the concept of the scenes, and then I had a more theoretical and formalist approach and wanted to stress the function of the text we were trying to write into the ambience of the mise en scène. This structure of pictures within pictures still continues in my work.