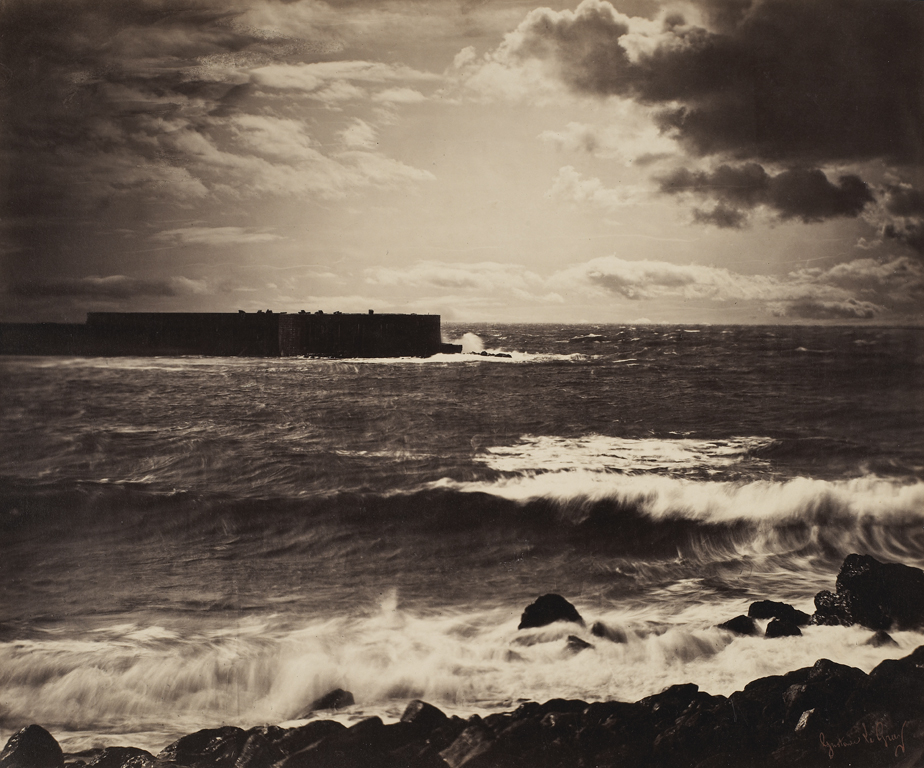 On April 21, 2020 Ann Thomas delivered Capture Photography Festival’s inaugural virtual talk. Ann received an overwhelming list of questions from the audience. This article includes her response to five of those questions.

Question 1: How has the growth of digital photography challenged the curation of the National Gallery of Canada’s collections?

Ann Thomas: As curators we are primarily interested in the product: the image’s content (what it has to say), its formal realization, and its contribution to the general discourse around art and imagery. Whether it is digital born or analogue is of interest but not prejudicial in any way. There are artists in the collection whose works have explored the anatomy of digital imaging in a compelling way: two who come to mind are Lorraine Gilbert and Robin Collyer.

Question 2: How do you see the impact of digital imaging today, compared to how we felt in, say, 1995, especially in relation to ‘truth’?

AT: Your question raises the important issue of visual literacy. The ease with which digital images can be generated and become public has had a significant impact on our ability to sort out fact from the fiction. Whether digital born or analogue created, the idea that a photograph inherently conveys truth is a misconception. This was confused from the beginning with a recorded image’s ability to appear naturalistic, i.e. to approximate what the human eye sees. This is contradicted by the fact that the act of composing a view is an act of selecting “truth.” The Gustave Le Gray seascape The Great Wave, Sète, 1857, or Henry Peach Robinson’s Hark! Hark! the Lark!, 1882, and William Notman’s Terra Nova, Snowshoe Club, 1875, in The Extended Moment are the results of composing a scene with the use of multiple negatives, and are thus fictions.

An image in the collection of Library and Archives Canada provides a classic example of how ready we are to accept the notion of the photograph as bearer of truth and how we are capable of denuding the photograph of factual context. It is often illustrated in magazines and books as Canadian WW1 soldiers in battle. Peter Robertson, who was an archivist at Library and Archives Canada, revealed that in fact it depicted soldiers involved in a training exercise and not leaping into action.[1] Artists today exploit this mythology in epic ways such as Jeff Wall’s Dead Troops Talk, 1992, or Joan Fontcuberta’s photographs and installations that explore the boundaries of visual credibility.

Digital photography is no different from analogue in this regard, but it is seamless in its presentation, especially when its delivery is on a uniform LED screen making us perhaps apt to be more gullible.

Question 3: What artist or piece would you like to add to the collection?

AT: I always wanted to add one of Alvin Langdon Coburn’s Vortographs to the collection – for all the same reasons he made it (breaking with governing pictorial photographic convention and entering into the picture making conversation that was current in painting). A Vortograph represented a landmark moment for the medium of photography and modern art. It has exceptional “wall power” and luckily in 2007 we acquired one. There are a few such examples where we were able to add works that represent exceptional moments in the history of photography and that was deeply gratifying.

Going forward, the collection would benefit by having a great Italian Futurist work by Anton Giulio Bragaglia, as well as a Hannah Höch or a John Heartfield collage. I would also like to see works by Florence Henri, Seido Keita and William Eggleston enter the collection. David Wojnarowicz’s When I touch your Body is a powerful work that marks the years of the AIDS crisis and would not only make a strong statement in itself but also complement the Gallery’s General Idea holdings.

Question 4: Are you open to curating more virtual shows in the future?

AT: There is no question that virtual presentations like the one Capture invited me to do is a great way of sharing the National Gallery’s collection. It provides information, encourages dialogue, and hopefully attracts viewers to visit exhibitions where the works can be experienced and studied in their original form.

My colleague Associate Curator, Andrea Kunard, has been working with a small team of people creating not so much virtual exhibitions, as inspired “vitrines.” I am hoping that this activity will continue and expand.

Question 5: What do you feel will be your lasting legacy from your incredible tenure at the National Gallery of Canada?

AT: Thank you for your generous comment and interesting question. Not wanting to be self-effacing, I would, however, venture that the lasting legacy is that of Director Jean Boggs and James Borcoman who had the foresight to establish the collection. I am always cognizant of the fact that it might not have happened–visionary moments in our cultural history are to be fully embraced when they occur.

I fixed on the “lasting” part of your question because legacies evolve over long periods and cannot be foretold. There are things that I am proud of but that are subject to changes beyond individual control, such as the importance of the collection of photographs within the institution, the establishment of permanent gallery space for the photographs collection, and a collecting philosophy based on the nature of the medium and its interdisciplinary relevance. What will remain will be the works added to the collection, made by innovative artists and that contribute to our appreciation of art and our understanding the world.

In addition to curating exhibitions and publishing articles and books, the addition of photographers’ archives to the National Gallery’s Library and Archives and funding for research fellowships has been extremely important and I really appreciated the external perspective that these initiatives brought into the institution and my work. This involved donor cultivation and working with generous and impassioned individuals who saw the NGC as a serious centre for research and collections. I have also championed an openness toward collecting and the interdisciplinary importance of the medium. As much as I might have been attracted to the content of a photograph, I have always contended that the language and expression of the work are of equal consequence. I don’t think that connoisseurship is a dirty word – simply a highfalutin’ term for appreciating the visual language of a work of art.

The breadth of the subject matter of photographs and its relationship to other media is so wide that it has been a constant and highly rewarding learning experience for me. I think that is what kept me doing what I did for so long. In the end I learned so much from the collection, from artists, photographers, collectors and from colleagues, that I believe I will take with me as much as I leave behind.