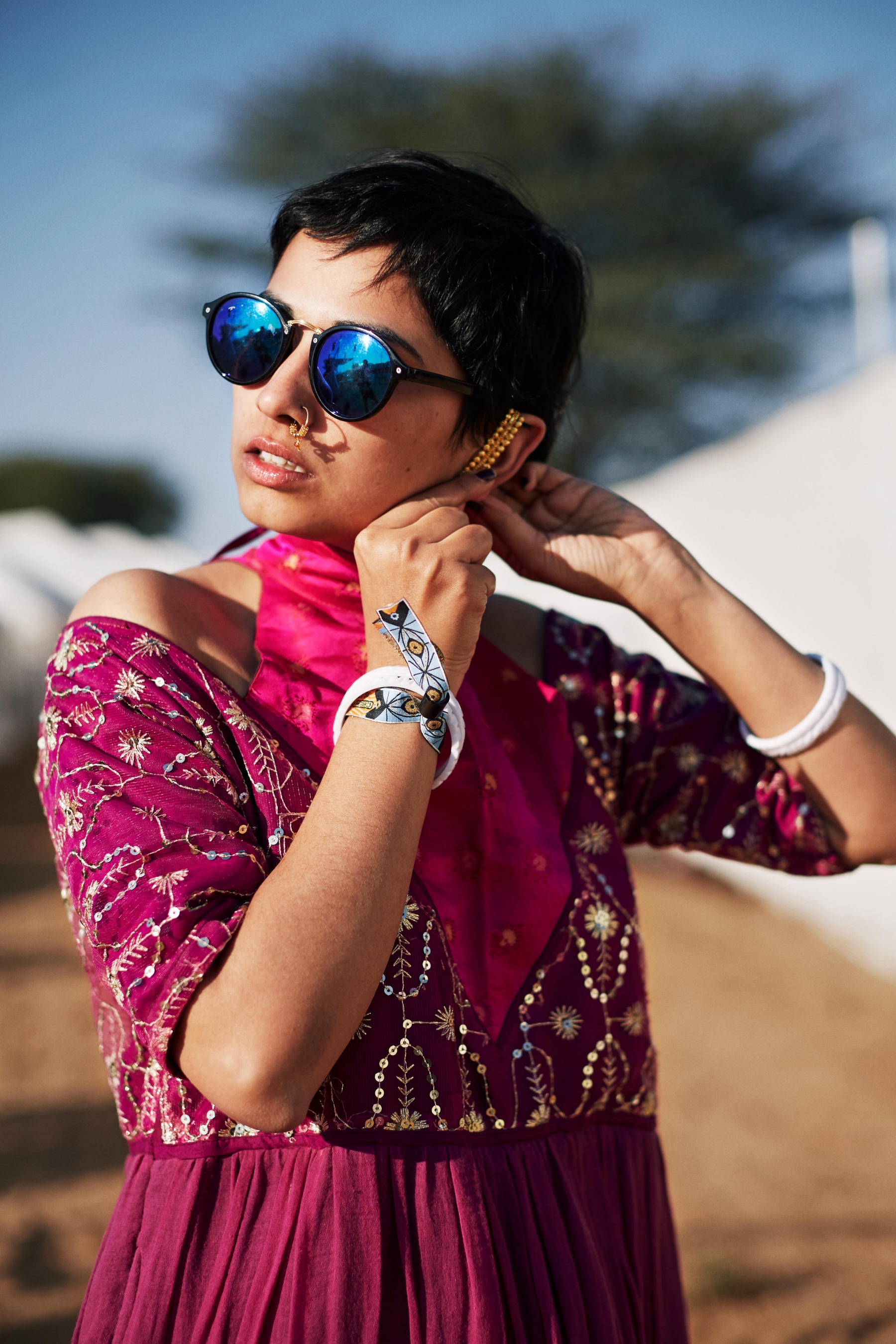 Your work involves a number of discourses around society, art, photography, and of course fashion as an aesthetic that expresses individuality. I would say you’ve got a very independent and original relationship to fashion as well as art—in that sense your influence has been felt and I see it’s opened up people to treat their natural sense of expressive fashion as an expressive form in the street.

I grew up in Indiana and there’s not a big fashion community there. I grew up looking at GQ and Vogue and it seemed like such another world, but I really dreamed about a place where people dressed like that. I feel like what I’ve done is, I made that kind of dream—of people dressing in a certain way and living in a certain context—more of a reality, you know? I find it more interesting to go out—and that’s why, when I shoot, I try to pull back a little bit and have a little context of the place where people are and the setting where they are, because I think for someone that would be like, the fifteen year old me, now it would be even more exciting to realize that there are places where people live, that their lives are just as exciting as I was seeing in editorial magazines and they put together things in a way that’s even more interesting. A lot of people say it kind of gives permission. No one in their neighbourhood dresses that way, but they can go on a site like mine and see people in different parts of the world and find their community, so to speak.

I think that’s what makes your work speak to so many people in so many different places. You’ve wakened up a creative impulse of people who are in the outlying areas of the centres of culture. Creative people exist everywhere don’t they?

So, you picked up the camera very late in life after you moved to New York and were involved in the fashion business and such, but I was just wondering how you position yourself or see yourself in the tradition of street photography. Is there some specific inspiration or influence that that led you that direction?

Well I started in street photography because it was how I liked to spend my day. I loved the work of Bruce Weber and Paolo Roversi and a lot of the contemporary fashion photographers and then as I started to learn about Avedon and Penn, I started to learn more about historical photographers and not just fashion photographers but, you know, the history of photography, and I think there’s something that really clicked about that idea of Helen Levitt, Bruce Davidson, Brassaï, and to a certain extent Steve McCurry, people that were able to make a living just grabbing a camera and walking around and taking photographs.

I had never picked up a camera until late because I never found anything I wanted to shoot until I had my own kids. I started taking pictures of them at the playground and stuff like that, so I really liked the idea of moving around and around the subject, and with kids you can’t tell them what to do, you’ve got to place yourself around them. After doing that for a while I started thinking that I really want to do this more. By that time I was in my late 20s early 30s and I was smart enough to know if I was going to do this I have to do it in a way that I can do, that maybe nobody else can. I knew the two things that I had were the ability to just be able to go out and walk around and take photographs with a fashion point of view because that’s where I had a unique point of view. 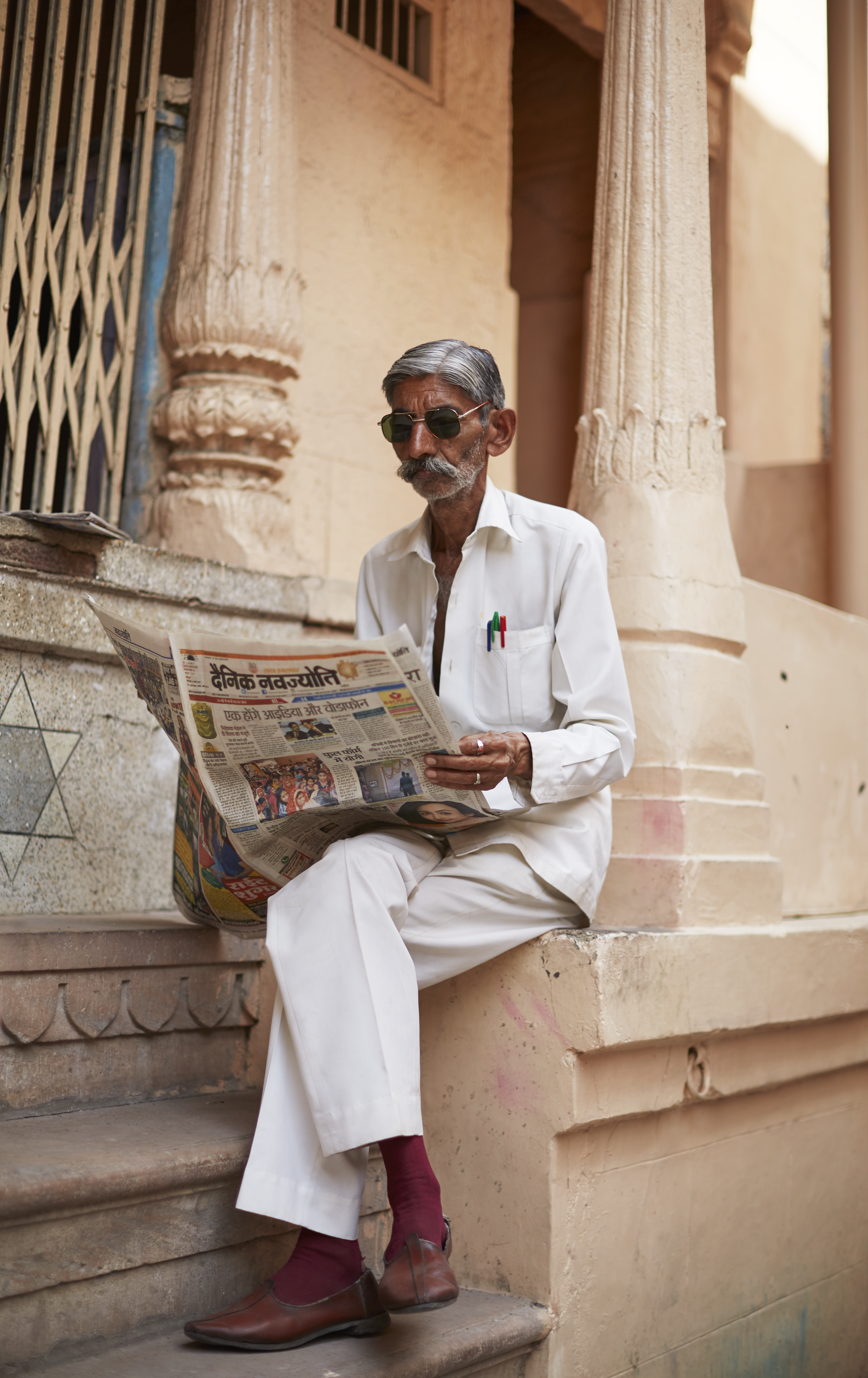 Sometimes I take a picture of someone who is not wearing what’s currently fashionable but you can’t deny how stylish they are. For whatever reason, their charisma, their hair, whatever it is, there’s just something about it, about that person that really clicks, and so I knew I was good at finding that and so I just took a chance you know? When I started the blog it didn’t cost any money and my assumption that I could do something a little bit different than anyone else was correct. People started recognizing it right away.

I think more and more as I get older, the way I shoot is almost with the eye of like, a costume designer—someone that thinks that the clothes the person is wearing might tell you a little bit about who they are. I think my best photographs are very good portraits where the clothing plays an important part in the portrait.

Your first books, the Penguin series, are amazing—five hundred page photo books that are almost the size of pocket books. How did you come to this particular format?

It was very intentional. I knew my audience very well and for the most part they were young and I knew they really used the photographs. People would tell me all the time that they printed them out, put them on the wall, really look at them. When Penguin first came to me about the book I think a lot of photographers would want to do kind of a coffee table book that makes them look really important but I told them I wanted to do a little book that students and people can take, throw it in their backpack, they can put Post-its in. I’d have people coming into book signings who would have it all marked up and it was almost like a workbook more than a photo book.

I also did it in a way that was not chronological—you can pick it up and flip through any page and hopefully it makes you keep wanting to look at the next page and the next page because there’s no order. You never know where you’re going to be next. You might be in New York, you might be in South America, you might be in Italy. So just like with the internet and understanding that moment in time, that combination of spontaneity and being able to share images very quickly.

You’re right, there’s an infinity of space in those pages and clarity and focus of concept which equals a successful work of art in my point of view.

I also see those books as falling into the framework that I recognized as kind of a concept about how to use a format that a lot of conceptual artists like Gillian Wearing and Cindy Sherman use. I’m just wondering if you were inspired by, familiar with, any of that work?

Maybe just a little, like August Sander—I mean I really liked his work, particularly in the beginning; full body portraits but there’s still a lot of background.

August Sanders’s work is banal on one level, but his images are so strong that you know that’s why it’s captured our attention for so many decades.

Let’s move on to talking about The Sartorialist: India book. It’s just a very beautiful book. It seems to take another direction, both in terms of format and also the deep sense of portraiture, a real focus on the humanity of your subjects and less on the fashion, even though your eye is caught by the clothing. Is this a new direction you’re taking?

Well, if you look at the books you know even from the first book there are photographs from India, China, and Japan. The reality is when I started doing The Sartorialist I didn’t have any money so I could only go to the places where people would pay me to go. But the dream was always to have this kind of unique mix that I’d never seen before, somewhere in between Helen Levitt, Steve McCurry, Bill Cunningham, somewhere where, you know, I was mixing style, fashion, and something cultural in a way that no one else had done.

It took me ten years of working really hard where I could save enough money so that instead of shooting a lot of different places and showing the similarities and differences in the world, I chose one place to compare and contrast. I shot India the way I see it, the way I experience it, which is a mix of fashion week or staying at a beautiful hotel, but then also going to very small villages and, and really getting out amongst the people and showing that India is much more diverse than what most people see. I wanted to surprise people. I wanted people to see the images as portraits and I think as people look at this India book they can go back now to the other books and see them in a slightly different way.