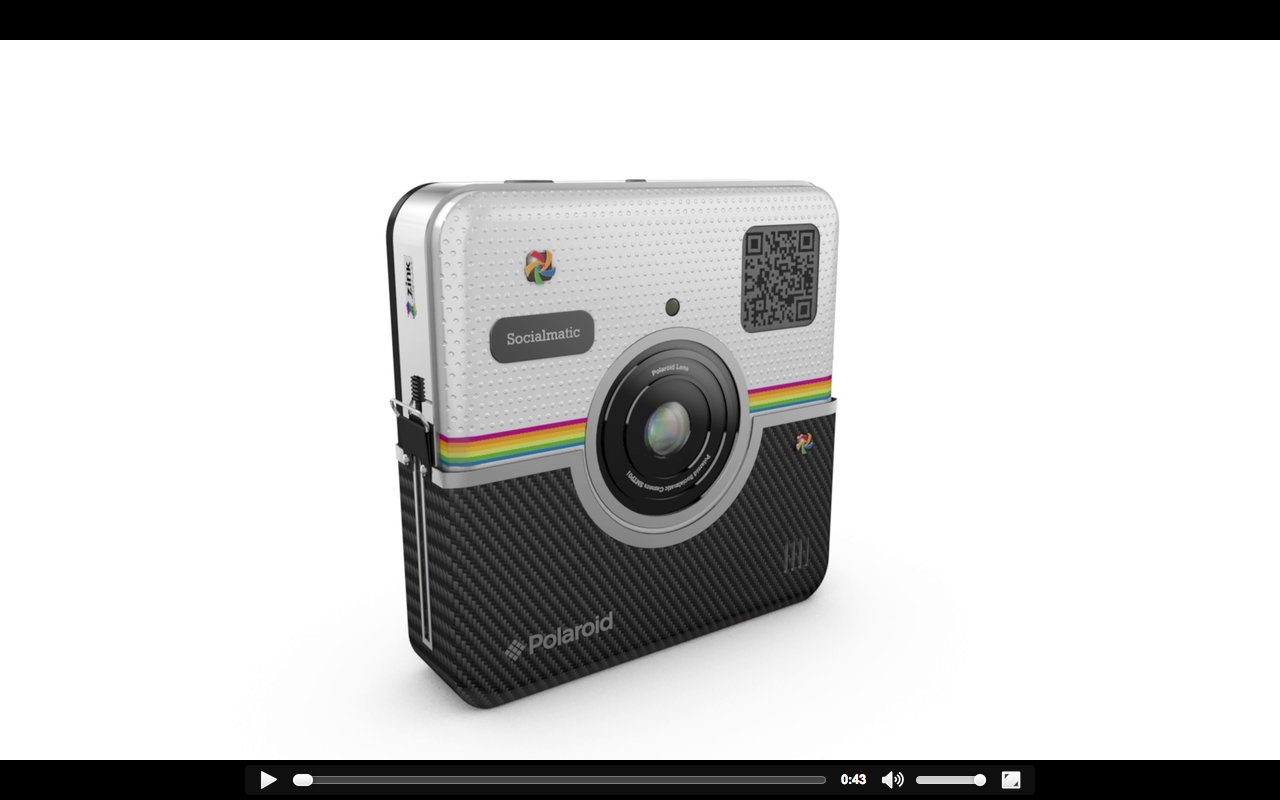 Polaroid, the device responsible for the infamous nostalgic aesthetic, is coming out with a new digital version – the Polaroid socialmatic. The device is designed with a slim, square frame  to resemble a three dimensional app in form and colour –  It moulds digital camera, app, “phone” in the social media sharing sense, and old school camera all together (There’s an explanatory video of the camera here). It sure is a departure from Edwind H. Land’s first demonstration of the instant print camera at the 1947 Optical society of america Meeting. The polaroid camera first really hit youth markets in 1965 with the cheap “swinger” camera that produced black and white prints. In 1972 the first fully automatic, motorized, folding, single-lens reflex camera was sold with instant developing colour prints to popularize the camera – within the year the company was producing 5,00 cameras a day. It looks like polaroid is seeking to carry on the tradition of cutting edge instant photography.

The camera allows the user to print the photograph, editing it on the touchscreen with photo apps, and share the photos on any social media site. This all-in-one camera still prints the photographs on the classic ZINK zero ink printing technology, which allows for the printing of “2 x 3” smudge proof, tear-reistant prints”. They still have the adhesive back, so after a trip to the beach one doesn’t have to wait to upload and print, or even develop, to put the memories up on the fridge door. After contributing to the domestic decor, one can post the picture to any social media site, giving it the 2014 technological twist.

The device itself is based on Android and incorporated a 4.5 touchscreen, and the camera itself 14MP digital camera with a 2MP rear facing camera, featuring built in Wi-Fi and running on Android. Unfortunately, it falls short of coming out for the romantic summer shots – It is set to release in Fall 2014.

Polaroid Socialmatic from Polaroid on Vimeo.